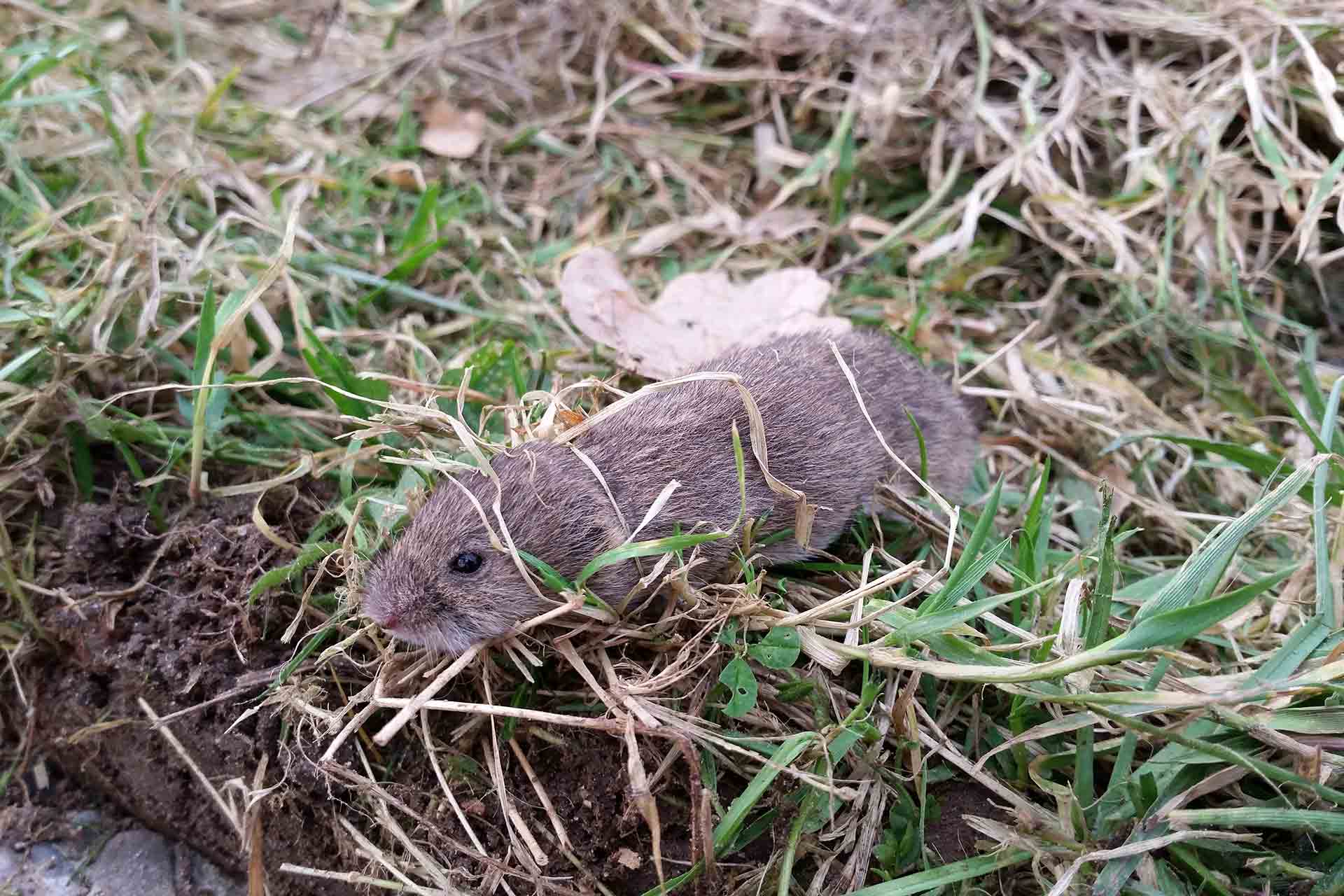 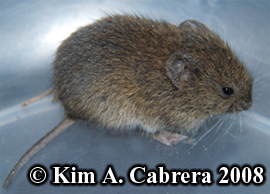 Voles, also referred to as meadow mice, are small mouse- to rat-sized rodents. They are pudgy, with blunt faces, small eyes, short ears, short legs, and a short tail. They reach a length of 5 to 7 inches at maturity.

Their dense fur is grayish to brownish, and the under parts are generally gray, sometimes mixed with yellow or buff. Eight species of voles are widely distributed throughout the various ecosystems of Utah.

Voles may breed throughout the year, but most commonly in the spring and summer. They have 1 to 5 litters per year. Voles are prey for many predators (e.g., coyotes, snakes, hawks, owls and weasels). An increase in voles can bring more predators into the area for the abundance of prey base. 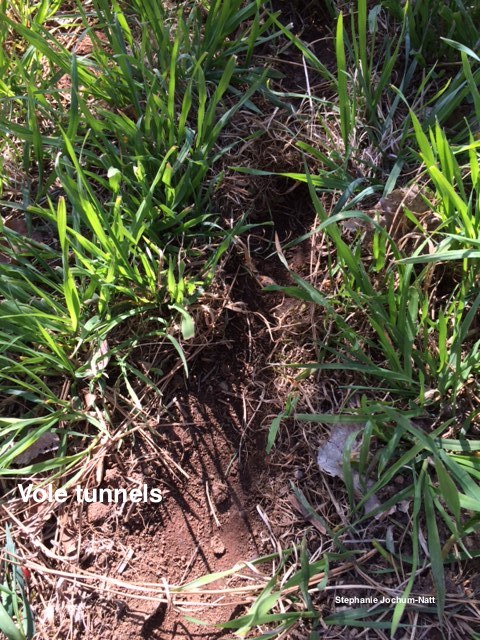 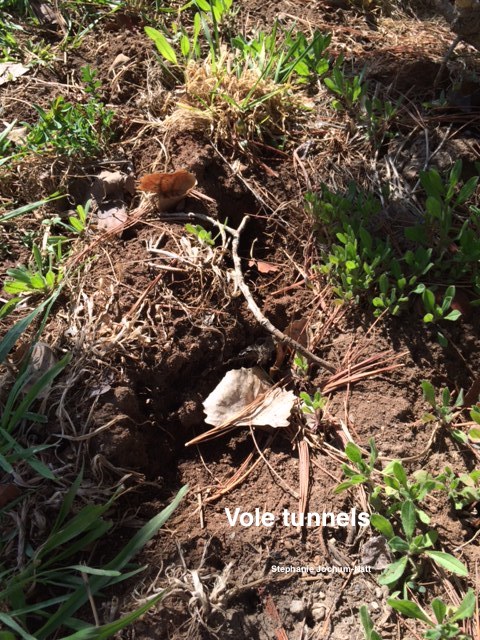 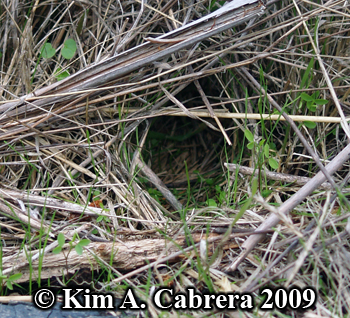 Voles cause many types of damage. They feed on and girdle nursery stock, fruit trees, and ornamental plantings. They damage lawns by building runways under the snow. They also damage root crops, bulbs, and tubers. Most damage by voles occurs under the snow during the winter.

Voles are adapted to digging and build many tunnels and surface runways with numerous entrances. They are active throughout the day and do not hibernate in winter. Vole activity is closely tied to the grasses that are their primary food. Eliminating ground cover of weeds and tall grasses through repeated mowing, tillage, and herbicide application will reduce vole populations and the damage they cause.

The elimination of weeds, ground cover, and litter around lawns and ornamental plantings can reduce habitat suitability for voles and lead to a decreased likelihood of vole damage. For example, lawns should be mowed regularly and mulch should be cleared 3 feet or more from the base of trees. 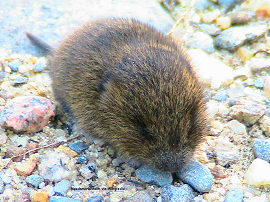 Cylinders made of hardware cloth (available at most hardware stores) are often effective in excluding voles and protecting individual plants. The mesh size of the hardware cloth used to construct cylinders should be no larger than ¼ inch in size.

The cylinder should be buried at least 6 inches below the ground surface to ensure that voles will not burrow under the hardware cloth and gain access to the plant. Although this technique will protect individual plants, fencing typically is not effective in protecting large areas (e.g., lawns) and probably is cost prohibitive.

Mousetraps placed perpendicular to runways and baited with peanut butter, oatmeal or apple slices can be used to remove voles from backyard lawns. Live traps may also be used.

In urban areas, where voles have become a problem, baiting with registered toxicants should only be done after consultation with your local county extension office. Baiting can be effective but should only be used after habitat modification or exclusion options have been used. When using toxicants, make sure to first read and follow the label instructions.

If you have a problem that cannot be resolved by following these tips, please consult a professional, licensed nuisance animal control company.