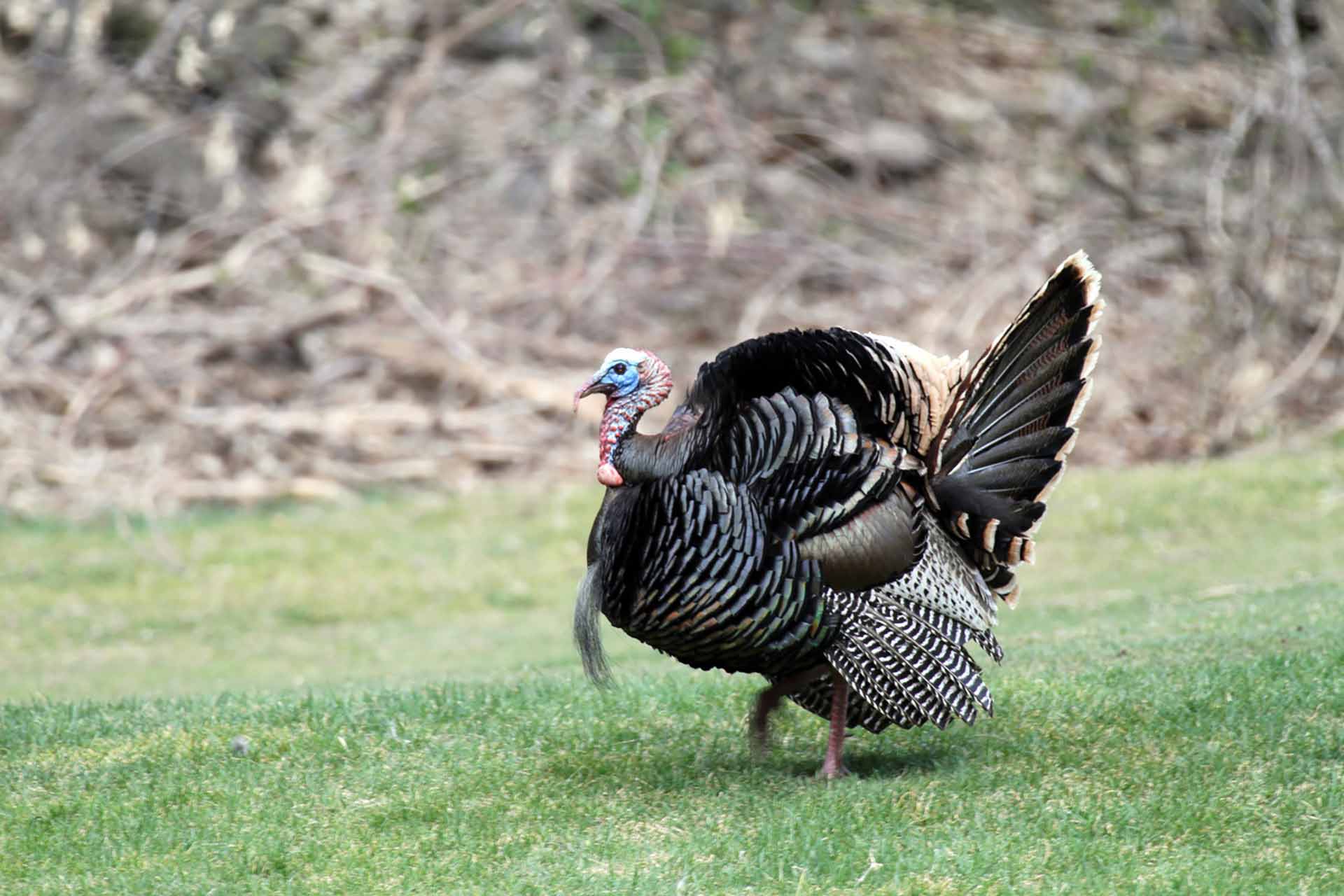 Turkeys can be exciting to watch. However, intentionally or unintentionally, feeding them often leads to conflicts with people.

Inviting wild turkeys to your property can cause problems for you and your neighbors, as well as disrupting the birds’ natural foraging and migration patterns. Removing nuisance turkeys from an area is not always practical and can be quite expensive. Here are some tips to help prevent conflicts:

Turkeys can destroy gardens and flowers beds while foraging for food or dusting. Remember:

Roosting turkeys can leave droppings on decks, lawns and vehicles. To prevent them from roosting on your property:

During the spring breeding season, adult turkeys can become bold and aggressive, and will sometimes charge or chase people and pets. The best way to avoid aggressive encounters is to prevent the birds from becoming habituated to humans in the first place.

If you encounter a bold turkey 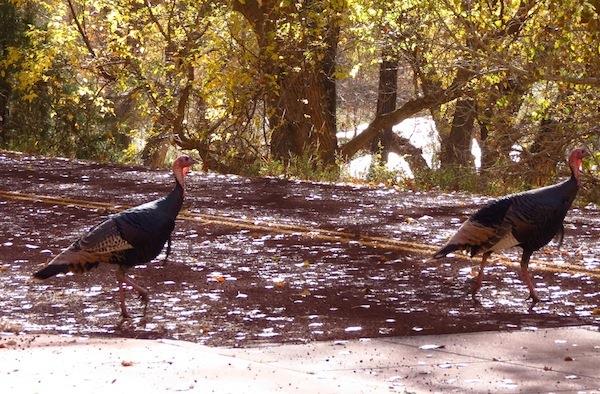 Two sub-species of wild turkey are found in Utah, the Rio Grande and the Merriam’s wild turkey. The Rio Grande subspecies was introduced into Utah in 1984. It is native to the south-central plains states and northeastern Mexico. Rio populations can be found throughout Utah from Box Elder County in the north to Utah County in central Utah and San Juan and Iron counties in southern Utah.

The Merriam’s turkey was historically native to Utah. They were successfully reintroduced in 1952. Merriam’s populations can be found in Grand, San Juan, Beaver, Iron, Kane, Washington, Garfield, Piute, and Wayne counties.

Male turkeys weigh an average of 17–21 pounds and females average 8–10 pounds. Rios can be distinguished from the Merriam’s by the coloration of the tips of the tail feathers in the upper tail coverts (feathers of the lower back, covering the base of the tail feathers). In the Rio Grande bird, these feather tips are buff or tan, contrasting with the white tips of the Merriam’s subspecies. 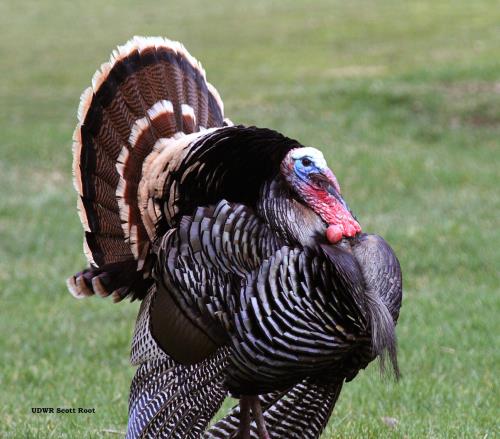 Turkeys eat vegetation, seeds and insects. Males are called “toms” and females are called “hens.” Breeding season begins in early spring. The gobbling of the tom serves as a challenge to other males and attracts females to his territory.

Nests are usually located near brushy cover with a convenient escape route. An average of 10 to 11 eggs is laid. The incubation period is 28 days.

Turkeys are a protected animal in Utah.

If you find a sick or injured turkey, contact an authorized Utah wildlife rehabilitator.

If you have issues that you cannot resolve following these tips, please contact the Utah Division of Wildlife Resources office near you.