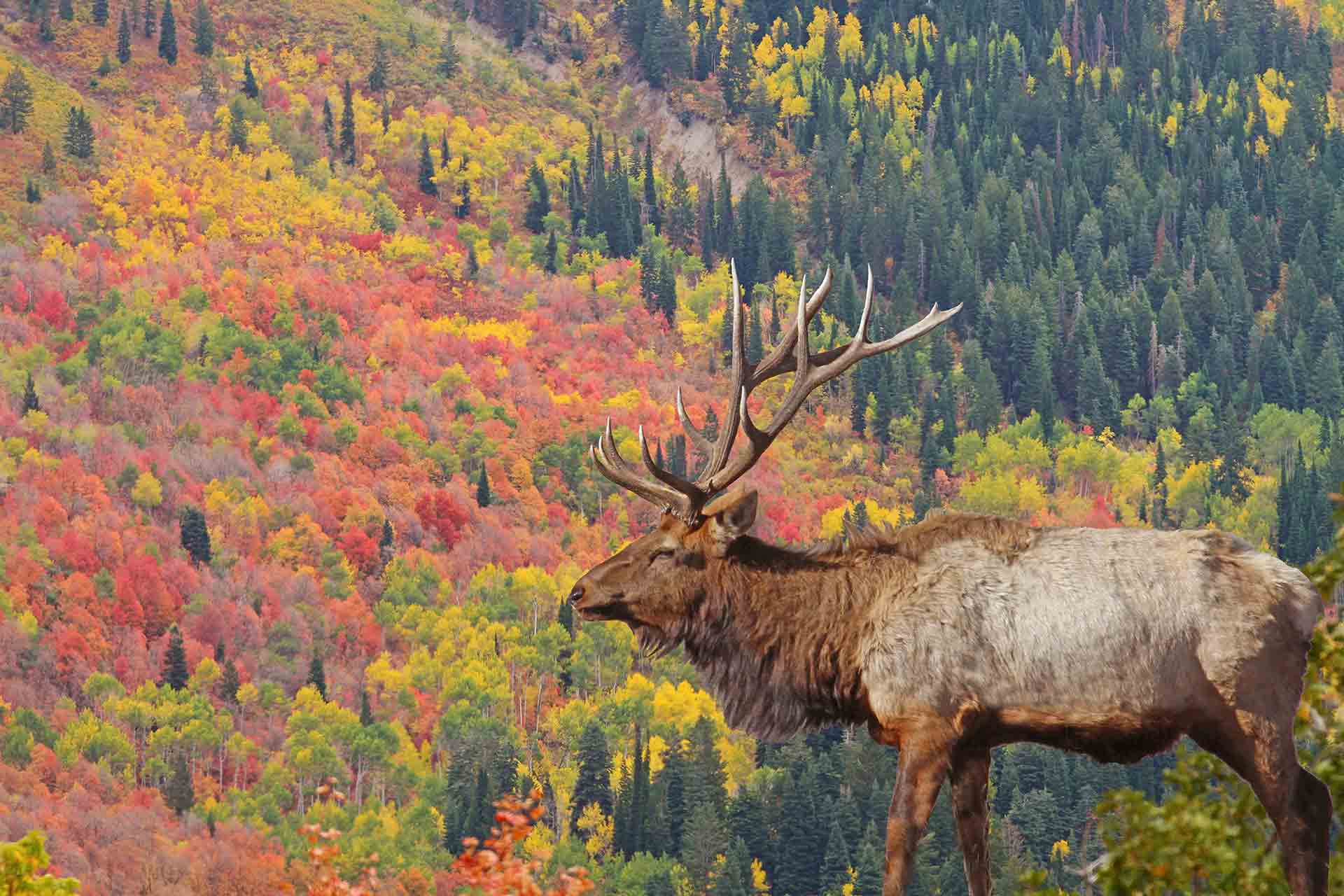 Some things you should know about elk

Rocky Mountain elk (Cervus elaphus nelsoni) are one of six recognized subspecies of elk found in North America, and the only type of elk in Utah. Elk are members of the cervidae family, which also includes moose, caribou and deer. In 1971, the Rocky Mountain elk was designated Utah’s state mammal. 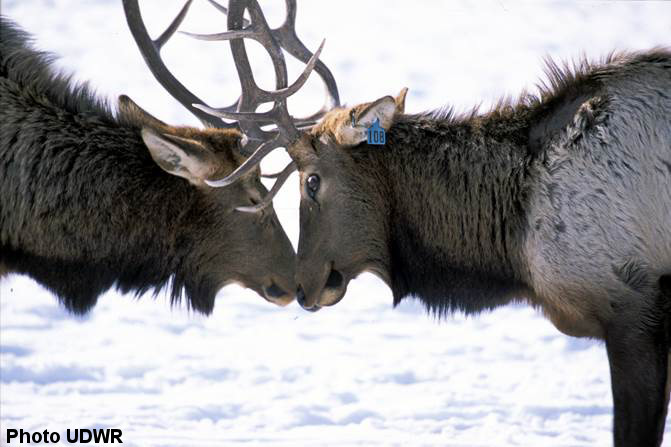 Female elk (cows) typically give birth to one calf — twins are extremely rare — in late spring or early summer. When the elk calves are young, the cows gather together with them in large nursery bands of a hundred elk or more.

Only male elk (bulls) have antlers, which they shed and regrow every year. In early September through mid-October, during the elk breeding period — called the rut — you’ll hear the distinctive bugle of the bull elk as they gather cows into groups of 10–20 females and defend these “harems” from other bulls. During the rest of the year, bulls live in bachelor groups or alone.

Both male and female Rocky Mountain elk have a light-brown body, dark brown head, neck and legs, and characteristic cream-colored rump. Bulls average 700 pounds and are about 5 feet tall at the shoulder; cows are slightly smaller at around 500 pounds and 4.5 feet.

Elk can be found throughout Utah in mountainous habitat. During the hot summer months, they live fairly high in the mountains — usually between 6,000 and 10,000 feet — and elk favor aspen forests for both forage and shelter.

In late fall, most elk migrate down the mountain slopes to areas of lower elevation and less snowfall — often called winter range — which is crucial for elk to find enough food to survive the winter and for cows to have healthy pregnancies.

During the winter, elk congregate in valley bottoms and forage on south-facing slopes where the sun melts snow more quickly and winds prevent deep snow from accumulating. These conditions provide access to more food sources, such as mountain shrubs and sagebrush. 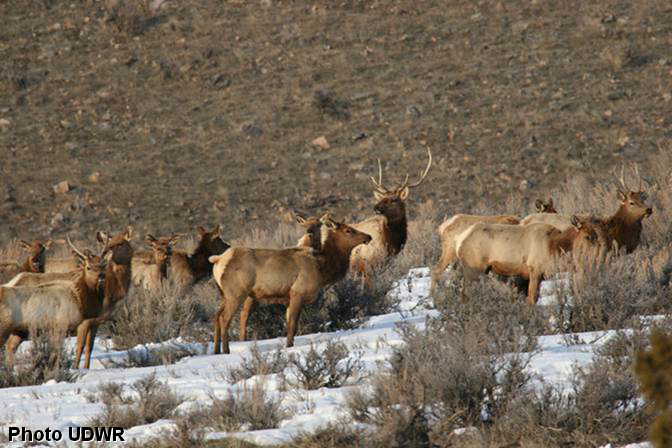 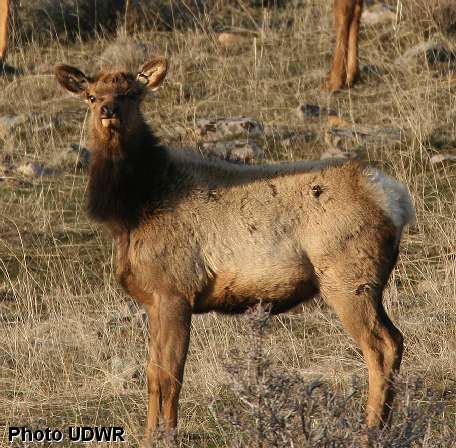 Elk generally avoid humans, but may be aggressive toward people and dogs, especially during the rut. If you encounter an elk, stay calm.

If you find an elk calf